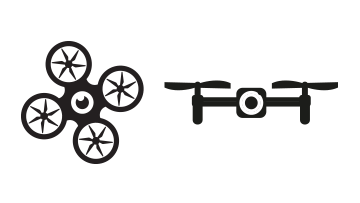 Small Unmanned Aircraft (“Drones”) have become smaller, less expensive and more capable in the last few years. Their use in Gibraltar is strictly controlled due to the vicinity of the airport, the highly congested nature of the Territory and the fact that large areas of Gibraltar are designated as Special Areas of Conservation. Anyone wishing to use a Drone anywhere in Gibraltar needs to first obtain permission from the Director of Civil Aviation, who will liaise with the Department of the Environment to decide on the suitability of the area in respect of environmental considerations. Applicants seeking permission to fly need to prove to the Director of Civil Aviation that they have appropriate insurance cover, can demonstrate pilot competence by means of having completed a theoretical and practical training course from an approved training organisation and have considered the risks associated with the route or area in which they intend to fly.

Even with these requirements, the number of Aerial Work Permits being issued for drone flights has increased dramatically this year – these permits are issued in support of drones providing either still photography or video footage in support of media activity. Indeed, there is now a fully qualified local drone operator, who after much liaison with ATC, the Port Authority, the RGP, GONHS and the Department of the Environment has been issued with a number of long-term permits to operate from coastal locations over the sea in specific areas of the Gibraltar Coastline and Port area.

The fact that drones are being seen more frequently in the skies around Gibraltar this year should not be taken as a sign that the regime surrounding their use is becoming more permissive. All of the authorised flights are subject to strict conditions, one of which being that the RGP Operations Control Room must be contacted prior to each flight to inform them of the location and duration
of the activity. It is therefore very obvious to the RGP, when they receive reports of a drone being flown, if it has been authorised or not by the Director of Civil Aviation.

Persons found by the RGP operating a drone without permission can expect to face a fine of up to £4,000 for breaching aviation regulations. In addition, if they have been found operating close to
the nest of a protected species of bird or over the Upper Rock Nature Reserve, then they could 2 also find themselves breaching environmental regulations, which could result on summary conviction to a fine at level 5 (up to £10,000) on the standard scale or 6 months imprisonment or both.

The Director Civil Aviation, Chris Purkiss, commented “A large number of organisations within Gibraltar are consulted before permission to fly a drone is granted and while larger numbers of flights have been permitted this year, the number of requests refused permission has equally increased. The uncontrolled use of drones in Gibraltar would prove dangerous for aircraft operating into the Airport, the public going about their daily life and for protected wildlife in Gibraltar, to that end anyone found operating a drone outdoors in Gibraltar will be investigated and, if appropriate, prosecuted. Persons seeing drones being flown overland are requested and encouraged to report the fact to the Police.”

The Chief Executive Officer of the Department for Environment, Dr Liesl Torres, further added “Disturbing wild animals, within or outside the Nature Reserve is taken very seriously by my Department. Unregulated drone flights can have serious repercussions on resident birds and macaques. We have dedicated officers patrolling daily and will be actively ensuring all drone flights have the required permits”.