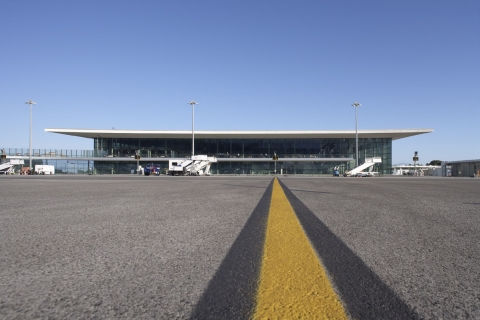 The Airport has recorded its busiest ever July and August with over 45,000 passengers per month.

Gibraltar has broken all records for passengers processed at the airport in a single month both in July and August 2015, reflecting the success of the marketing policy of the Government. 46,608 passengers travelled through the airport in July, an increase of 12.7% against July 2014, and 47,359 used the airport in August, 9.9% above the August 2014 figures.  August recorded the best ever monthly passenger figures and highlights the continued growth of passengers at the airport. For the start of the year to end of August, passenger traffic continues to rise and is up by 6% versus the first 8 months of 2014.

The extra passengers have been generated from the new Bristol, Casablanca and Tangier services, as well as additional growth on established routes.  The busiest date so far this year was Sunday 16 August, with 2,532 passengers arriving and departing through the airport on scheduled services. This figure can be broken down into 1,251 arriving and 1,281 departing passengers. Overall load factor for August was 88.5%, July recorded a load factor of 87.5%.

Terence Lopez, Air Terminal Director said: “2014 was a record breaking year, and it is encouraging to see that this growth has continued in 2015 and a growing number of passengers have chosen to fly to and from Gibraltar. I wish to praise the work done by my staff and our partner agencies in providing a positive passenger experience and I now look forward to ensuring that the same levels of service are maintained over the coming winter, which will also allow the airlines to consolidate the existing routes.”

Samantha Sacramento MP, Minister for Tourism, commented: “With these 3 new destinations becoming available at the beginning of the summer season, we are seeing positive growth and further utilisation of the terminal building and resources, as well as expanding the choice of destinations available both for inbound passengers, as well as for the local community. The Tourist Board progressed a strategy of face to face meetings with airlines serving Gibraltar in order to increase the number of flights, of destinations and of passengers. The figures demonstrate that this Government’s tourism strategy is working.”